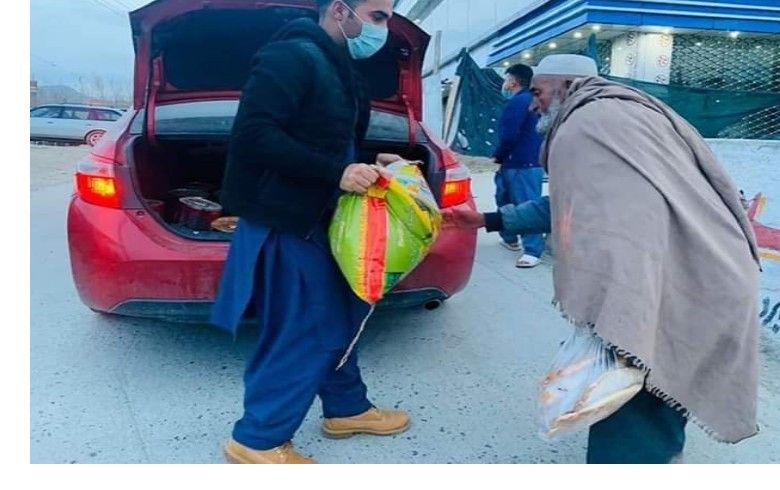 It has been a critical time for all the nations across the globe as humanity is dealing with the menace of the COVID-19 pandemic caused by the novel Corona Virus. Afghanistan has not been an exception as the cases are gradually increasing and the government has announced several measures to try to contain and avoid the spread of the virus.
Considering the economic situation of the country, the measures that also include lockdowns and social distancing, is set to potentially have a severe impact on the poor and less privileged in the society who mostly rely on daily wage earnings to survive. Therefore, it comes as a moral and ethical responsibility of the more privileged members of the society to come forward and play their part by providing financial and other required support to those who need it the most.
Fortunately, many charity foundations and businesses are coming forward and helping the poor in their respective areas as well as through fund raisers and other ways.

A screenshot of Rashid Khan's tweet on 28th March ( @rashidkhan_19)

Khan’s pioneering gesture was appreciated by many and soon it was reciprocated by other famous stars who also pledged to support the poor and help the country’s less privileged during this tough time. Explosive Left-handed batsman Najib Zadran also announced that it is his responsibility to support the nation during this tough time.
Experienced all-rounder Mohammad Nabi, who also has a charity foundation named MNF, extended his vital support to the nation during these hard days. MNF is set to distribute essential supplies worth 1 Million Afghanis to the poor and needy.

The movement continues to inspire many others who are coming forward pledging to contribute to the society during the COVID-19 Crisis.

Famous pacer Hamid Hassan, Wicket-keeper batsman Afsar Zazai and all-rounder Sharafuddin Ashraf are some of the other names who have already contributed food supplies to the poor and needy.

As Afghanistan battles through the crisis with an uncertain future, the cricketing community has yet again proved to be the ray of hope that many needed to inspire a great future.