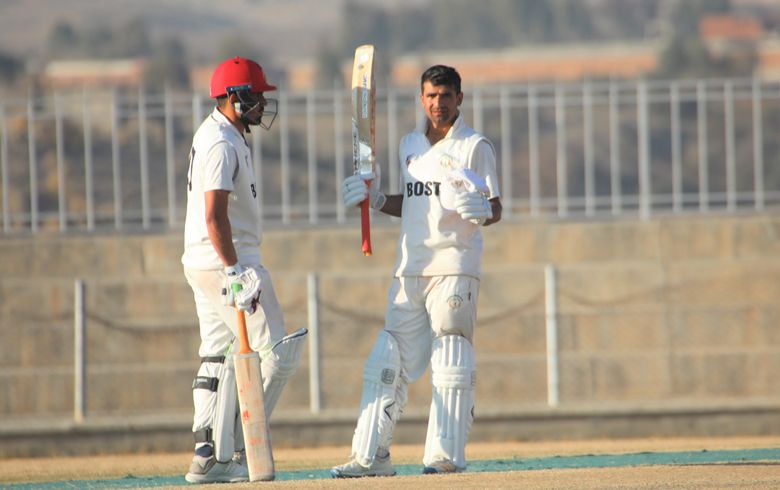 A brilliant unbeaten knock of 162 by the in-form Munir Ahmad and great bowling by spinner Rokhan Barakzai and pacer Dastagir Khan helped Bost beat Band-e Amir by 4 wickets even after conceding a lead of 157 in the 23rd match of Ahmad Shah Abdali First-Class Tournament at Khost Cricket Ground. Earlier, Having won the toss and opting to bat first, Band-e Amir scored 314 runs in their first innings as Amanullah Rafiqi top-scored with 101 while Imran Janat scored 49. Bost's Dastagir Khan took 4 wickets. In reply, Bost were bundled out for 157 in their first innings as Bad-e Amir's Farmanullah and Nasratullah took 4 and 3 wickets respectively. Having a considerable lead of 157 from first innings, Band-e Amir could not capitalize in their second innings as they were bowled out for 144 thanks to a brilliant five-wicket haul by Rokhan Barakzai. Chasing a lower than expected target of 302 to win, Bost relied heavily on their skipper Munir Ahmad who delivered yet again with the bat with an unbeaten knock of 162 to take his team home with 4 wickets remaining on the final day. Munir Ahmad was declared player of the match for his match-winning innings.